How have sources of blue light evolved through time?

We live in an era where digital products’s presence and screen exposure in general is all around us, whether we like it or not.

The technological advances to which the human species has contributed, as well as the increasingly exponential need for digitalization in everyday life, is still at the heart of the news.

The blue light of screens, otherwise known as High Visible Energy Light (HEV), has been the subject of many scientific researches.

Situated between 380 nanometers and 500 nanometers in the visible color spectrum, blue light can seriously harm the human eye as well as the primary functions of the brain and body.

Even if the main source of blue light comes from screens, it should not be forgotten that blue light was already around us way before the first computer arrived.

The first source of blue light where all humans have been exposed for thousands of years now is the sun.

Although its appearance can make us believe that its light produces only warm colors (between 550 nm and 700 nm), the sun produces a significant amount of blue light. The sun's "white" light is actually a mixture of all the colors of the visible light spectrum (also found in a rainbow). In addition, sunlight is the main source of blue which can affect all human beings. Therefore, blue light does not only come from your phone, computer or any kind of technological product.

The first incandescent light bulbs, invented in 1879 by Joseph Wilson Swan and Thomas Edison, were one of the first so-called "unnatural" light sources.

The operation of these bulbs is quite particular. The bulb is filled with a gas, which on contact with electric current, emits a light of about 460 nm, which is a wavelength corresponding to blue.

In 1938, General Electric commercialized the fluorescent light bulb, also a source of blue light, by filing a patent in the name of one of its engineers, Leroy J. Buttolph. Over the years, many competing patents were filed and granted, and by 1951, fluorescent lamps far outnumbered incandescent bulbs on the market.

The emergence of screens.

The first screen to see the light was invented by the physicist Karl Ferdinand Braun.

This screen, "Braun's tube", was in fact the famous CRT (Cathode Ray Tube), which can be found on the very first pre-war television sets.

The marketing of the first modern CRT screen began in 1922 by the Western Electric company.

The first computer equipped with a CRT monitor with a keyboard, the Apple 1 ", made its appearance in 1976. (see image below). 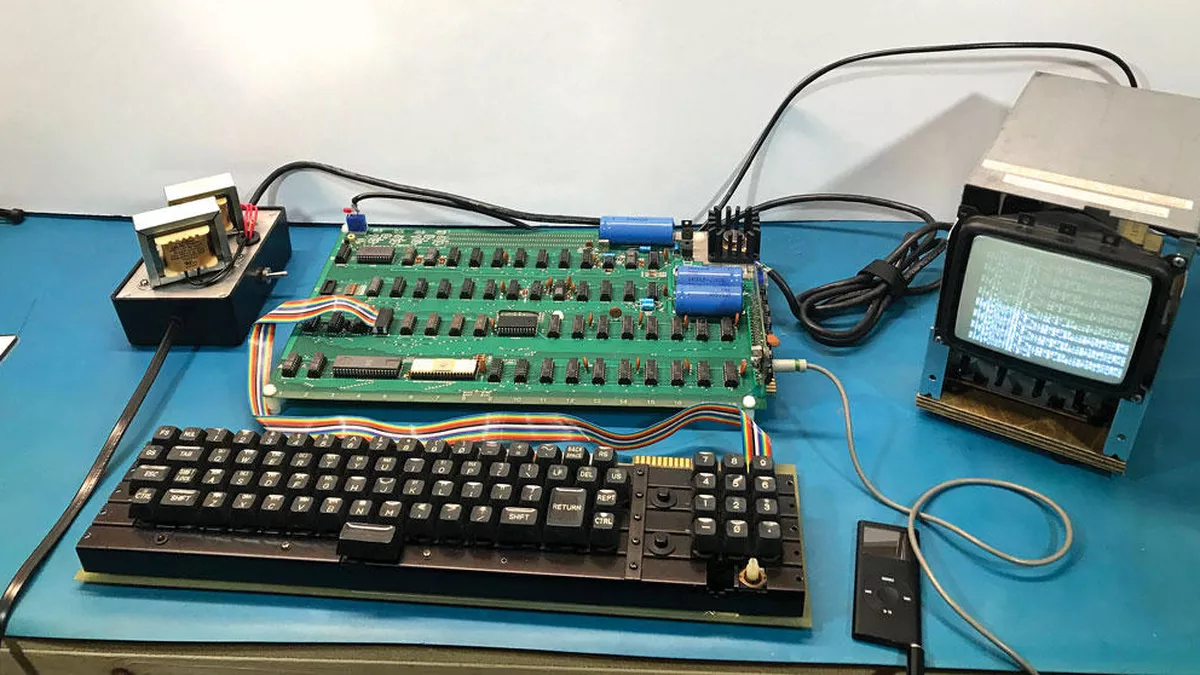 The second type of screen projecting blue light is the plasma screen.

This last is composed of pixels which enables him to emit its own light while keeping a similar operation to a CRT screen.

Invented by the American Donald L. Bitzer, it was in 1964 that the monochrome plasma screen made its appearance. It would have been necessary to wait until 1997, that is to say 33 years after the invention of the plasma screen, to note the marketing of the first color plasma screen by Pioneer.

As the various technological evolutions took place and in view of the potential major disadvantages (difficulty to reduce the size of the pixels, consumption, weight, phosphorus remanence, solarization, etc.), the manufacture of this technology was completely abandoned in favor of the LCD, in 2014.

The liquid crystal display (LCD) is now used in almost all electronic displays. It consumes less electricity, is thinner and more aesthetically pleasing, the resolution is better and its colors are brighter.

These LCD’s colors are composed of 3 filters : red, green and blue and it is precisely this blue light that can cause many problems to all gamers, designers, computer scientists ...

Blue light’s dangers on our system

Our eyes, our sleep hormone and so our melatonin production, as well as our circadian rhythm (all cyclic biological processes lasting about 24 hours) are strongly affected and can cause different types of diseases. (Cancer, cataract, macular degeneration).

The retina, in particular, is very affected by blue / blue-violet light between 415-455 nanometers.

Professor Serge Picaud, neurobiologist and Inserm Director at French Vision’s Institut explains that it has been shown that this wavelength is the most toxic for our eyes and that it can generate the phenomenon of age-related macular degeneration (AMD).

A consequent exposure to blue light (short wavelength) and artificial HEV light radiation can, in many cases, cause photochemical damage to the retina as well as the lens.

We can therefore speak of cataract.

In order to prevent these types of widespread dangers, several solutions exist and some of them are, to say the least, very effective.

Anti-blue light glasses (also called computer glasses), equipped with a filtering on the lens allowing to attenuate blue light sufficiently so as not to make it harmful, are more and more common, especially among gamers who spend some times in front of electronic devices.

However, the majority of the brands propose blocking blue light glasses with a filter of warm color (yellow) and that, obviously, changes the colors of the screens.

At GMG Performance, we have been offering elegant, gamer-friendly pairs without color distortion for several years now.

Blue light blocking glasses are essential if you spend a lot of time in front of digital devices, like computer screens, smartphones... It will prevent digital eye strain over the long term, and avoid every harmful effects of blue light.

It's time to adapt to our environment.